skip to main | skip to sidebar

Cormorants on the move today..... Top O'th Slate is a reclaimed quarry and brickworks and in more recent years it was a Rossendale Borough Council Tip area. Today it sites the Panopticon (Halo) and a delightful nature walk amongst its shrub habitat. There are several breeding birds some of which have included the Grasshopper Warbler, Blackcap, Whitethroat and Willow Warbler. Including many of the more common species like the Chaffinch, Blackbird, Robin, Dunnock and Tit species.

Eleven species of Butterfly have been recorded which includes the Speckled Wood, Painted Lady, Small Copper, Small Heath, Small & Large Skippers and in 2007 the first record here of the Gatekeeper was a most welcome addition. We also have the more common species like the Peacock, Red Admiral and Small Tortoishell.

Top O'th' Slate is also very rich in flora, which include the very rare Greater Periwinkle, Ragged Robin, Meadow & Bloody Cranesbill, Common Spotted Orchid, and lots lots more. Most are being recorded, though some are still awaiting identification from the many photos I have taken. We have also lost a few species on account of the recent reclamation work.

I do have some earlier topography photos of the area which at present have still not been indexed, but they do show some of the area before and after, and also the areas where the Quarry Caves are (now covered over), to view the photos, please click here...

Vismig = visible migration of birds, and from late August to about the middle of October, I do counts of moving birds which are going overhead on a North - South passage, and sometimes we also get the East - West passage with lots of large Chaffinch or Brambling parties. We get lots of varied species here, which include Pink Footed Goose, Goosander, Snow Bunting and even the rare Lapland Bunting, Crossbill, Siskin, Fieldfare, Redwing, Skylark and many, many more, but in particular it is superb for the upland moorland birds, especially Meadow Pipits, and we can count thousands of this particular species on some mornings.

All recent photographs on this site have been taken within the confines of the Top O'th' Slate area. The majority are by yours truly Bryan Yorke on my Fuji Finepix A204, up until the end of December 2008, but since January 2009, I have used a bridge camera Panasonic Lumix DMC-FZ28, and I would also like to thank Arlene Harris, Charles Payne, and Douglas Newton for their kind photo contributions. Thanks also to Douglas Newton and Mike Valentine for help with identifications...

NOTES ON THE OLD QUARRY AND ITS CAVES , 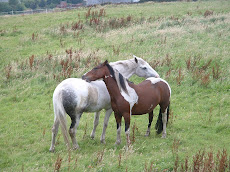